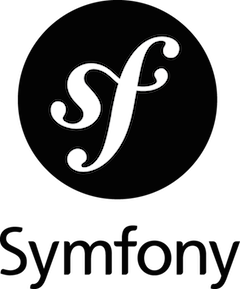 Symfony components have a significant presence in Drupal 8, and for those in the Symfony wanting to make themselves even more knowledgeable and marketable, DrupalCon Amsterdam is a great opportunity to learn new skills and make great new friends.

Just a few weeks before SymfonyCon in Madrid, DrupalCon Amsterdam runs from 29 September to 3 October and will have plenty of Symfony content. It will be a great opportunity to learn Drupal 8: with Symfony2 components included in core, parts of Drupal 8 will look very familiar to developers who currently use Symfony, as will the object oriented programming methodology.

If you’re considering coming to DrupalCon Amsterdam, you probably know that Drupal skills have been in high demand for years. That trend is only expected to continue and perhaps even accelerate with the release of Drupal 8— and Symfony developers are uniquely equipped to learn the platform quickly and hit the ground running.

DrupalCon is the best place to learn Drupal 8

If you’re interested in learning more about Drupal 8, DrupalCon Amsterdam will be a fantastic opportunity. The world’s foremost experts on Drupal and Drupal 8 will be in attendance, giving interested developers plenty of opportunities to learn.

Every DrupalCon is attended by more than just developers: the Drupal community includes web professionals of all stripes. From project managers to designers, back-end experts and even UX gurus, DrupalCon Amsterdam is a great chance to learn from the people who are working on websites at every point in a site’s lifecycle.

Plus, DrupalCon is always a good time. Expect a lot of smiles, laughs and even a few hugs (OK, maybe a lot of hugs).

If you’re interested in Drupal or Symfony, come to DrupalCon Amsterdam. You will be glad you did!