Coming to DrupalCon Amsterdam! Expect the geeky, fun, informative unexpected! A DrupalCon institution, Robert and jam's opening "Prenote" has been getting people out of bed early and excited about DrupalCon since 2010. What's not to like about an infotainment extravaganza featuring Drupal community stars and friends; music and sing-a-longs; bad jokes; technical tutorials on Git, yodeling, use of the alphabet, or proper beer pouring technique? Especially eye-opening if you've never been to DrupalCon or never gotten up early enough to see one of these yet.

Dries says "Be there."

After his Keynote address at DrupalCon Portland, Dries revealed who is his favorite community speakers are, "Actually, I love the session before my keynote by Robert Douglass and jam. It's just hilarious. It's not a very technical session, but it is really, really awesome. I mean, I was watching it and I was laughing all the time." (Video or it didn't happen.)

Come along to get solid practical advice about Drupal, DrupalCon, and how to thrive as a member of the Drupal community ... and come to the Prenote, too! :-D

Rob and jam put their special twist on the meaning of DrupalCon. It's been a fun-filled – and useful – surprise every time. If you only get up early once during DrupalCon, this is the morning to do it. And hey, at least you'll get better seats for my keynote right after." - Dries, the BLT™

How much fun is this? Is it worth it?

Here's a small taste of how it's been in the past...

Check out the photos and the **links to more videos** in the photo captions below!

Robert Douglass shows off German fashion sense and let's us know what "B" is for at DrupalCon Munich. 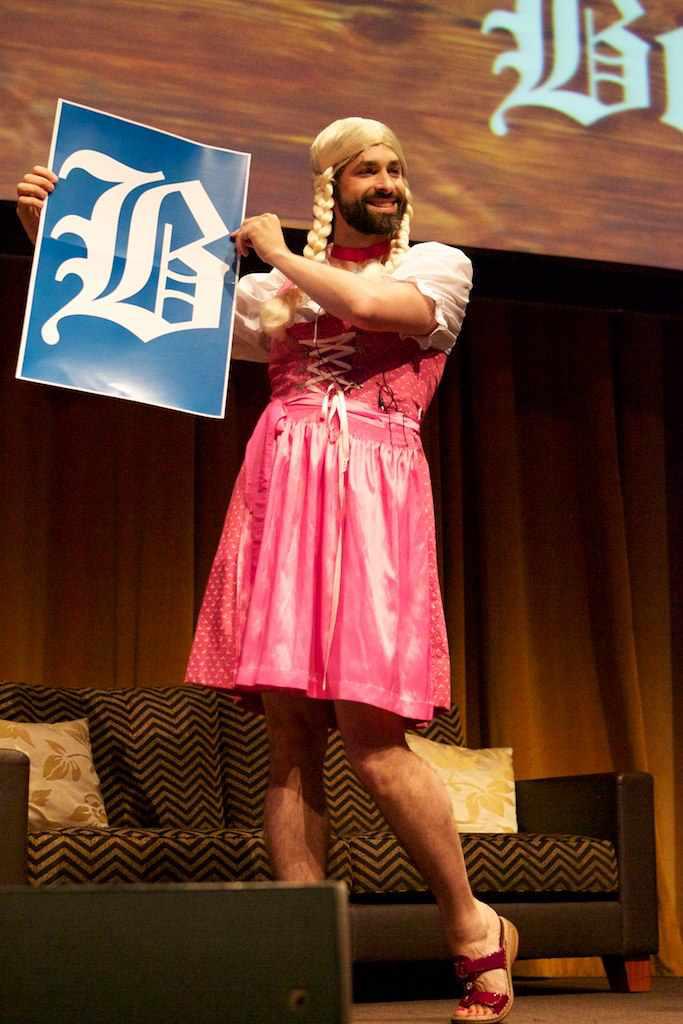 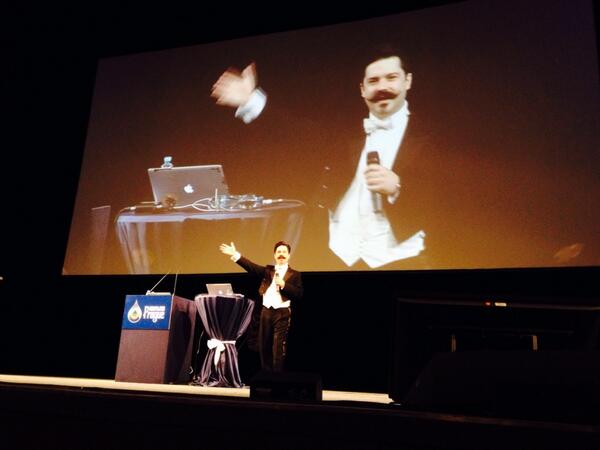 The MCs of your Drupal Gameshow Extravaganza all the way from DrupalCon Portland! 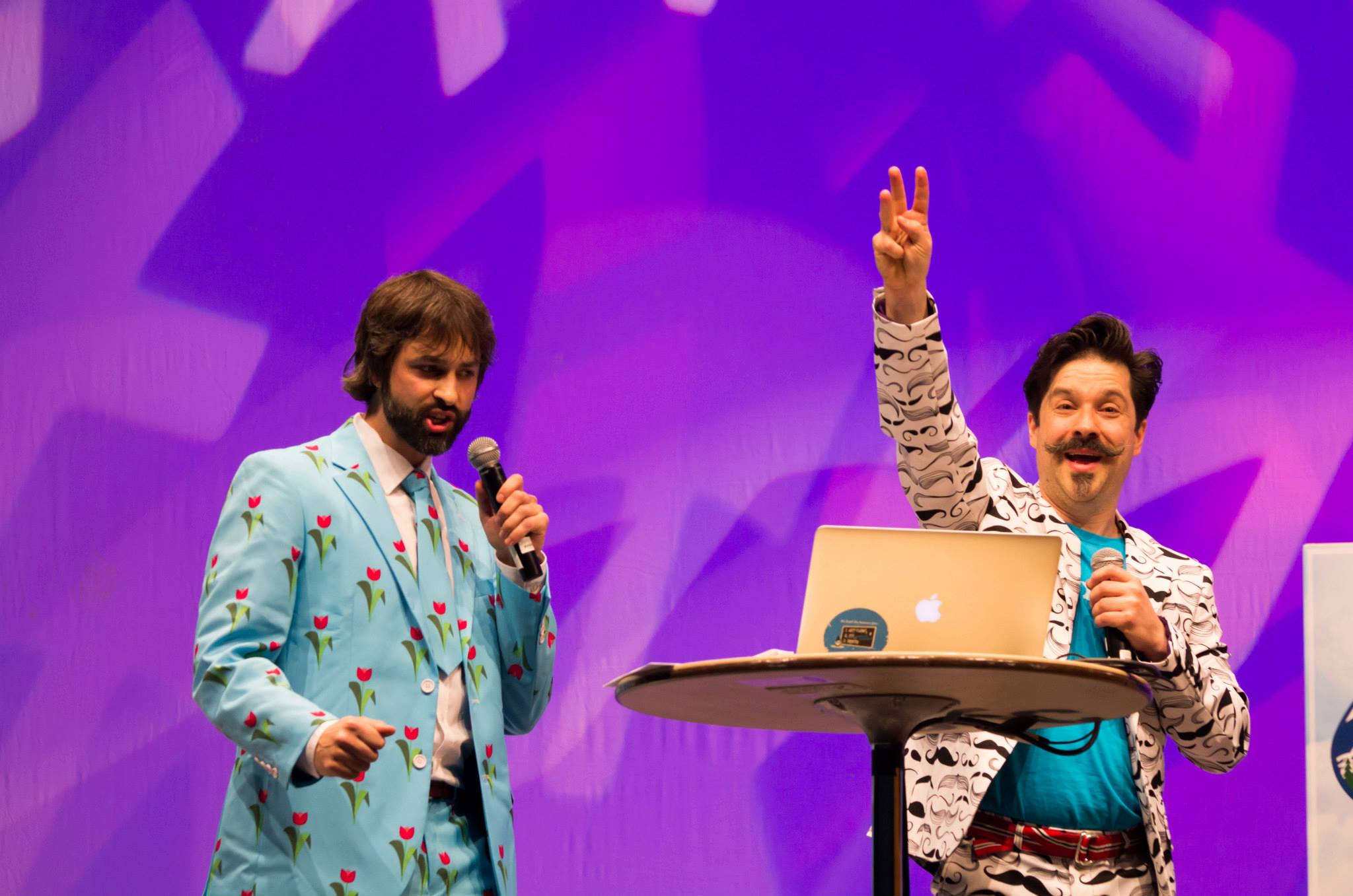 Lucky winners from the Gameshow Extravaganza! 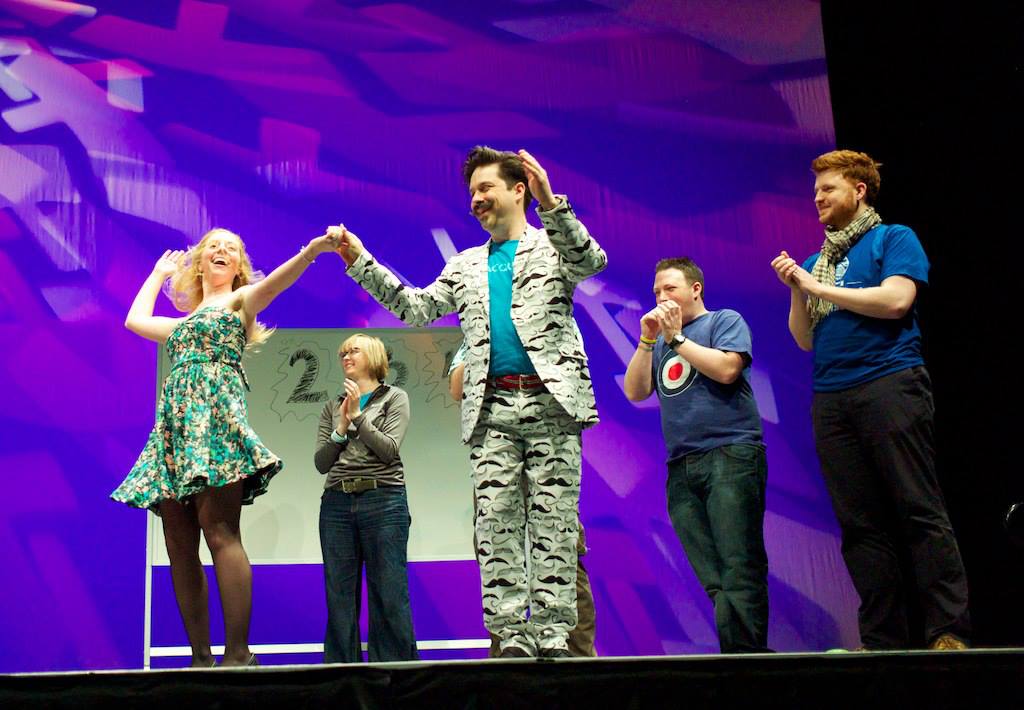 Not quite as good as Robert in a dress, but magnificent nonetheless: jam interviews Dries about his credentials at DrupalCon Austin. 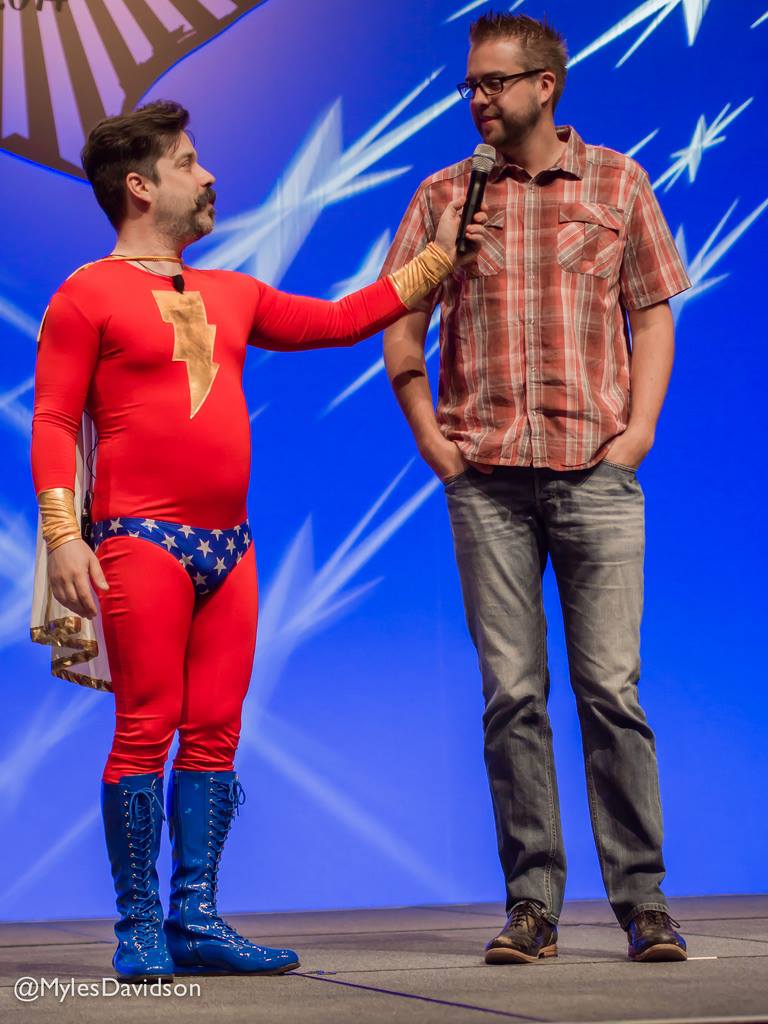 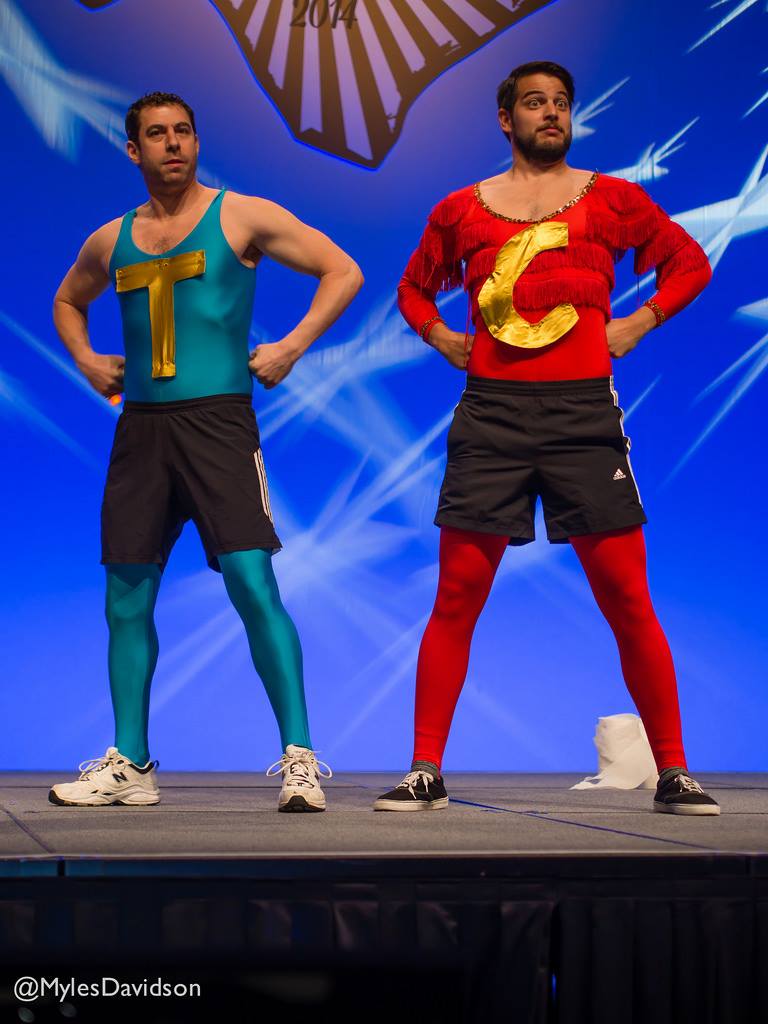